François Lallier, Friend of Frédéric, Co-Founder of the Society 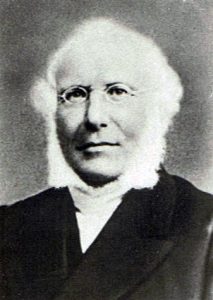 As a young law student at the Sorbonne, François Lallier noticed another student speaking out boldly in class, defending the Church against attacks on it by professors and fellow students. After class one day, he saw this young man outside, at the center of a group who were listening to him intently. Lallier took this opportunity to introduce himself to Frédéric Ozanam, and that, to paraphrase the closing line of Casablanca, was the start of a beautiful friendship.

Lallier, along with Ozanam, four other students, and Emmanuel Bailly, would together found the Society of St. Vincent de Paul just a few short years after this meeting, but their friendship would continue undimmed for the rest of Frédéric’s short life.

In an article published in the newest Vincentian Heritage Journal, Raymond Sickinger, Ph.D., National Council board member and Professor Emeritus of history at Providence College, tells the story of this founder using sources most Vincentians have not previously read, including Circular Letters Lallier wrote while serving as Secretary-General, his personal correspondence with his friend Ozanam, his speeches, and other documents.

Lawyer, judge, gentleman, and Vincentian, François Lallier’s story is an important part of our heritage.

Read François Lallier: One of the Pillars of the Building Started

Emmanuel Bailly, Mentor and Co-Founder of the Society 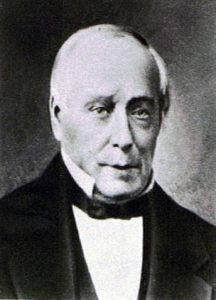 In the Ozanam Orientation, we learn that of the seven founders of the Society, there were six college students and one “older gentleman.” In 1833, Emmanuel Bailly was 39 years old.

National President Ralph Middlecamp, avid student of the Society’s heritage and history, shares in the latest issue of the Vincentian Heritage Journal the fascinating story of Père Bailly, whose offices hosted the first Conference.

Newspaper publisher, businessman, and college professor, Bailly was from a family with strong Vincentian roots, his father having been entrusted with some of Saint Vincent’s papers to safeguard during the French Revolution.

While his business ventures had varying degrees of success, his commitment to mentoring young men and defending the faith were unwavering. Bailly was truly a father figure to the young men who elected him as President of that first Conference, which earned him the nickname Père (father). He also served as Spiritual Advisor, and was discovered to have contributed generously to the secret collections at the early meetings.

It was Bailly’s deep knowledge of the Rule of the Congregation of the Mission that helped him, as co-author of the Society’s Rule in 1835, to guide its basic structure and outline.

Read Emmanuel Bailly: The Advisor and Friend of Christian Youth

SVdP Daily Prayer Can Now Be Found on the Blog!