“A network of friends, inspired by Gospel values, growing in holiness and building a more just world through personal relationships with and service to people in need.”

In the tradition of its founder, Blessed Frédéric Ozanam, and patron, St. Vincent de Paul, the Society of St. Vincent de Paul is a Catholic lay organization inspired by Gospel values. The Society leads women and men to join together to grow spiritually by offering person-to-person service to those who are needy and suffering.

As a reflection of the whole family of God, members, known as Vincentians, come together from every ethnic and cultural background, age group, and economic level. Vincentians are united in an international society of charity  by their spirit of poverty, humility, and sharing, which is nourished by prayer and reflection, mutually supportive gatherings, and adherence to a basic Rule.

Organized locally, Vincentians witness God’s love by embracing all works of charity and justice. The Society collaborates with other people of goodwill in relieving need and addressing its systemic causes, making no distinction in those served because, in them, Vincentians see the face of Christ. 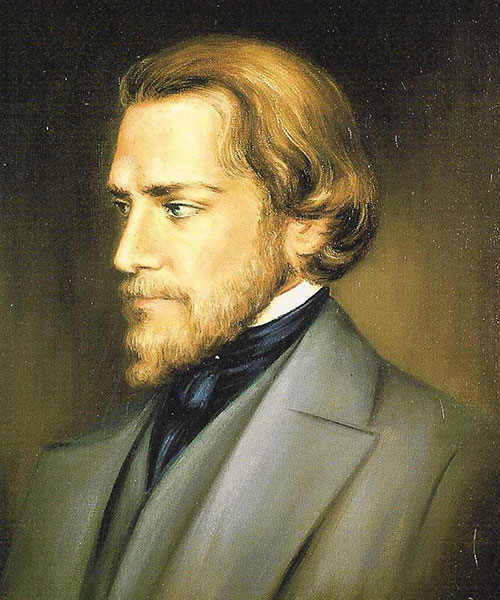 Like that of its founder, Frédéric Ozanam, the vision of the Society of St. Vincent de Paul “is to embrace the world in a network of charity.”

How Does the Society Differ From Other Charities?

The Society of St. Vincent de Paul is composed of women and men who seek their personal holiness through works of charity. In this essential way, the Society differs from charitable associations or agencies whose principal objective is not the spiritual advancement of their members but the doing of good for someone else.

We don’t provide transactions; we create and nurture relationships.

President-General Adolphe Baudon, In his Circular Letter of January 1, 1877, writes:

“It is laid down in our Rule, and it has been always understood among us, that in uniting to serve our masters the poor, as St. Vincent de Paul expresses it, our object is not only to relieve material misery, a very laudable purpose in itself, but to aspire, especially, through the practice of that most sublime of virtues “charity” to render ourselves better and more fervent Christians, and to make our poor enter on the same path, if we have the happiness of succeeding.”

In his Circular Letter of December 12, 1915, President-General Vicomte Hendecourt writes:

“The Society has two aims: to do a great deal of spiritual good to its members through the exercise of charity, and to do a little spiritual and temporal good to a few poor families in the name of Jesus Christ. If it did not continually seek to combine these two aims, it would lose its raison d’etre. If it were to seek only the holiness of its members through pious exercises, there is no lack of Confraternities and Third Orders to meet that need. If on the other hand, it were to seek only the relief of the temporal miseries of the poor, it would only add one more to the list of public and private institutions founded for that purpose.”

The Society’s mission is clear: Vincentian ministry is a means for acquiring holiness. The ministry of a Vincentian toward neighbors in need is the powerful means that affects holiness of life for the individual Vincentian.