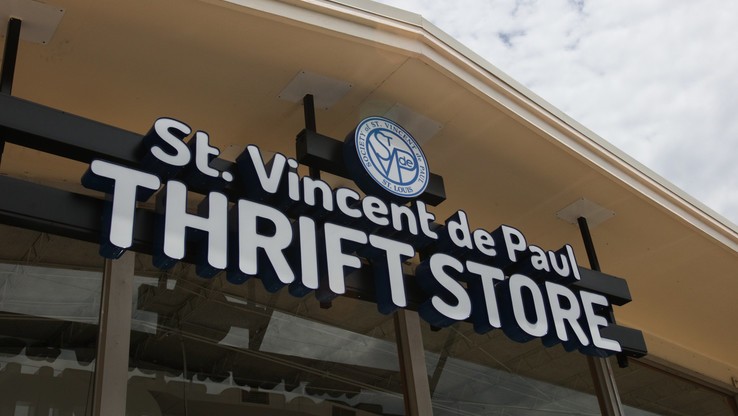 When people hear the name “St. Vincent de Paul,” their first thought is often the thrift store in their neighborhood that bears that name. 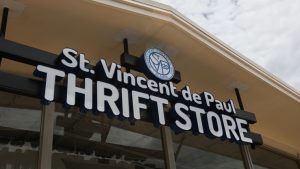 We know that the Society of St. Vincent de Paul has numerous ways we help our neighbors in need. However, our Thrift Stores are an integral part of our assistance model. You may think its a great place to go to find a discount sweater, or some used cookware, but have you ever thought about how important the SVdP Thrift Store can be to someone who is re-entering the workforce after being incarcerated?

“The U.S. releases over seven million people from jail and more than 600,000 people from prison each year. However, recidivism is common. Within 3 years of their release, 2 out of 3 people are rearrested and more than 50% are incarcerated again,” said Jeff Beamguard, Stores Support Director. “50 percent of people are returning to a normal life and paying taxes again.  I have worked with thousands of people coming out of prison and jails. St. Vincent de Paul Thrift Stores provide a place for individuals to find clothing and accessories to find a job! SVdP has stores from coast to coast to give you a hand up, not a handout!”

Recently, the SVdP National Council’s Marketing and Communications intern, Lili Pino, decided to focus on just that. She dedicated her internship’s final project to bringing awareness to the Society’s Immersion Program by collaborating with Heather Fullerton, Associate Director of Poverty Programs / Director of Immersion Program, in the first-ever SVdP Thrift Store Challenge.

“Returning to the workforce after incarceration can be a challenging experience. SVdP thrift stores can help ease the difficulty by offering clothes, shoes, accessories, and more at an affordable price,” said Fullerton. “Anyone who has applied or interviewed for a job understands how stressful it can be to find professional clothing… Add an additional layer of being someone who is returning from incarceration and the stress can be overwhelming. Thankfully, job hunters can find a large selection of business attire at SVdP thrift stores. Items like ties, blouses, blazers, dresses, belts, and accessories are all available for a low price.”

Together, they each put together an outfit from the Thrift Store to show that returning citizens can find clothing appropriate for job interviews at affordable prices. Watch the video to see what they found!

Click here to learn more about the Immersion Program. 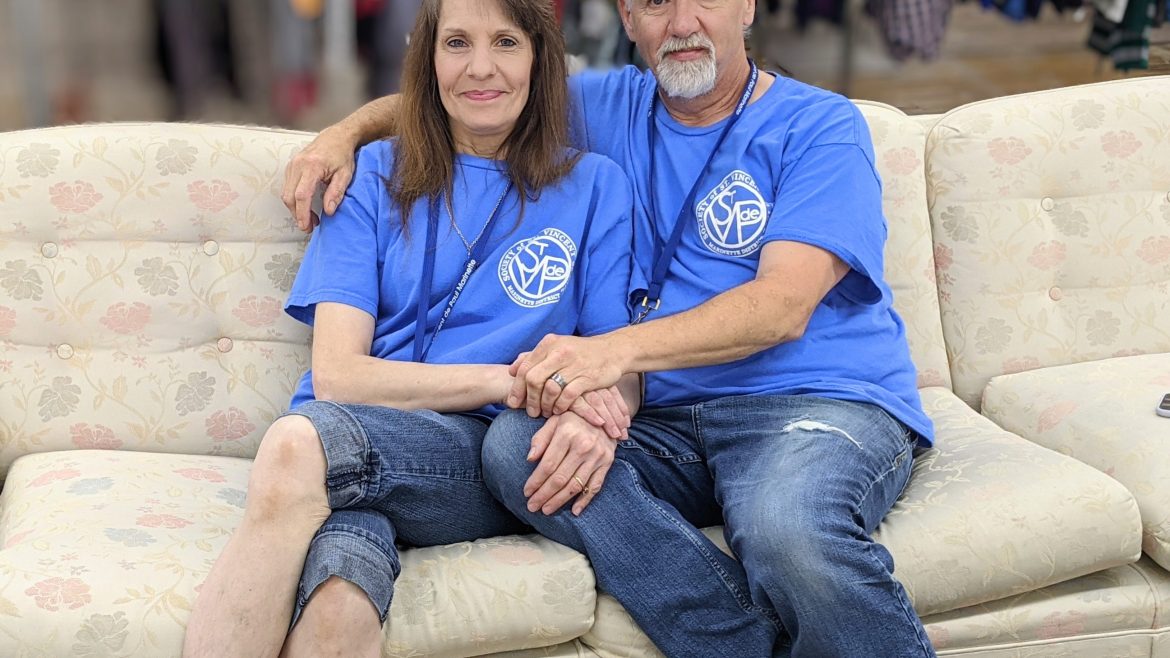 Wedding bells are about to be ringing in Marinette, Wisconsin as their local St. Vincent de Paul (SVdP) thrift store gears up to be the place two of its employees say, “I do.” Scott Kopish and Laurie Hinkens will wed September 11, 2021 right in the middle of the sales floor in a private ceremony.

According to both of the soon-to-be newlyweds, choosing the location of their nuptials was a no-brainer. “This place (SVdP) has that feel-good feeling,” Hinkens said. “We come to work with a smile on our face every day. That’s a fact.”

“When I was sent here on a light-duty assignment, I walked in and I instantly felt safe,” Kopish said. “I don’t know how I can explain it. I just felt safe and I thought, you know what? We met here. It would be great to get married in this building. I just thought it meant something.”

Kopish and Hinkens are both long-term employees of SVdP who were both struggling physically prior to starting in their roles. Kopish has been with SVdP for over three years, starting through the Worker’s Compensation program due to an injury as a truck driver. Hinkens started nearly two years ago as a volunteer who had recently received a scary health prognosis.

Hinkens said she felt drawn to Kopish within minutes of meeting him, but wanted to warn him of her medical issues.

“When I saw him for the first time, I got a big smile on my face, and boom,” Hinkens said. “But, I told Scott within the first couple days that I started working that my gastro doctor said I had just one to two years to live.”

While Hinkens was physically struggling when she started with SVdP, a lot has changed since then. Her health has drastically improved, but she looks back on the early days of dating Kopish and how his concern pulled her through the hardest times.

That reassurance from Kopish was a building block for their relationship, even though Hinkens wasn’t the only one who felt reassured in their relationship. Prior to meeting Hinkens, Kopish was leaning on his faith to get him through his difficult times as a single father.

“I remember sitting at the picnic table outside of work and praying to God. I said, “God, send me an angel. Send me somebody who is good for me and my daughter. I will not accept any less,” Kopish said. “And then, boom.”

Despite the grim timeline years ago, Hinkens has been improving physically despite all odds. “The pancreas that was almost shot is now better,” Kopish said. “That just doesn’t happen with a pancreas.”

Hinkens says that their relationship and both of their belief in God are two of the biggest reasons she has been improving, both mentally and physically. “We are so far from perfect, but if one of us is down, the other one is up,” Hinkens said. “God has made the relationship like a Lego that fits with another Lego.”

While wedding planning can be stressful, the couple said the process has been easier than they imagined for their relationship. “Everything has been perfect. Whatever perfect is. If it’s not perfect, it’s a hair under it,” Kopish said.

This is the first wedding ever held at Marinette’s St. Vincent de Paul location, and according to Executive Director Ashley McKinnon, it is an important reminder of the nonprofit’s mission.

“Our organization thrives on nurturing individuals who are struggling,” McKinnon said. “Watching the relationship between Scott and Laurie blossom has been truly beautiful. To see people down on their luck, find each other and push one another to grow in a positive way is what we are all about.”

Providing meaningful employment and volunteer opportunities, our 450 thrift stores are a significant driver of the Society’s mission and effectiveness. Local Conferences distribute clothing, furniture, and household goods to people in need through SVdP Stores vouchers, providing a dignified shopping experience. Profits from our stores contribute millions of dollars for Councils and Conferences to assist neighbors in need in their communities.