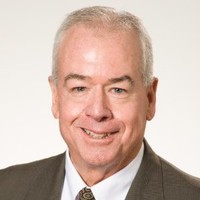 Recently, over 200 members of The Vincentian Family gathered in Atlanta to explore our personal role and challenge to “love like Christ loves” in working for racial equity in our world. This Family Gathering is held every other year, in places around North America. It is a chance to meet Vincentians from some of the 15 branches that follow the example of Saints Vincent & Louise. Each time I attend one of these gatherings, I meet someone from a branch I’ve never heard of. This year, it was the Missionary Cenacle Family. If you ever get the chance to attend a Gathering, I would highly recommend it.

For me, the most challenging portion of the weekend came in a homily by Bishop Fernand Cheri, the Auxiliary Bishop of New Orleans. This is a man that has been through a lot. Like so many Black brothers and sisters, he seemed tired of being polite. He got right to the heart of the problem. White people have most of the power to create more equity in society. And we have to figure out what that means for each one of us.

That wasn’t a very satisfactory answer. I felt what many of you must have felt after the series “Open Wide Our Vincentian Hearts-Hope in the Face of Racism Series,” last year. The constant theme in the follow-up questions was, “What do I do now?”

We all know about the large scale advocacy & systemic things we can do: work to end food deserts in our communities; advocate for more affordable and better housing for people in need, etc. But, what can I personally do to help my friends, neighbors, and colleagues, who may be hurting or carrying the pain of past discrimination or exclusion?

Several years ago, a colleague was returning from washing her hands and she had a very angry look on her face. When I ask what was wrong, she said, “I get so angry when the automated faucets don’t work. I know it’s because they haven’t been calibrated to my dark skin tone.” My first impulse was “That can’t be true.” Thankfully, what came out or my mouth was, “Wow, I never thought about that possibility.” We then began a dialogue that goes on today, about the ways that we both react to similar situations in different ways-mine from a white, Irish perspective, and hers from a Black, Southern woman’s viewpoint. Both are different. And, it doesn’t matter how wacky the other one may think the response to be. It’s a feeling that should be recognized and appreciated.

In the first webinar in the “Open Wide” series, we suggested eight questions to serve as an examination of conscience about our reactions/views of racism. One question was, “Is there a root of racism within me that blurs my vision of who my neighbor is?” Or, as Archbishop Cheri said, “The only program that fundamentally impacts racism is the program I need to have with myself.”

I’ve never thought that a water faucet not working was because of my skin tone. I’ve never worried about a security person following me around a store because of suspicion. I’ve never thought twice about my daughters being shot during a traffic stop. But some people have. And, if I am going to try to open my Vincentian heart, I have to be approachable and non-judgmental-just like to do on our Home Visits.

One of the activities planned for the Vincentian Family Gathering was a visit to the National Center for Civil and Human Rights. Those of you who attended the National Assembly in Atlanta in 2014 will remember that the Center is next to The World of Coke attraction. When asked about the field trip, one person noted that their was a line outside The World of Coke. There was no line outside of the Center.

Confronting racism, both personal and societal, is hard, uncomfortable work. But, if Vincentians don’t do it, who will?