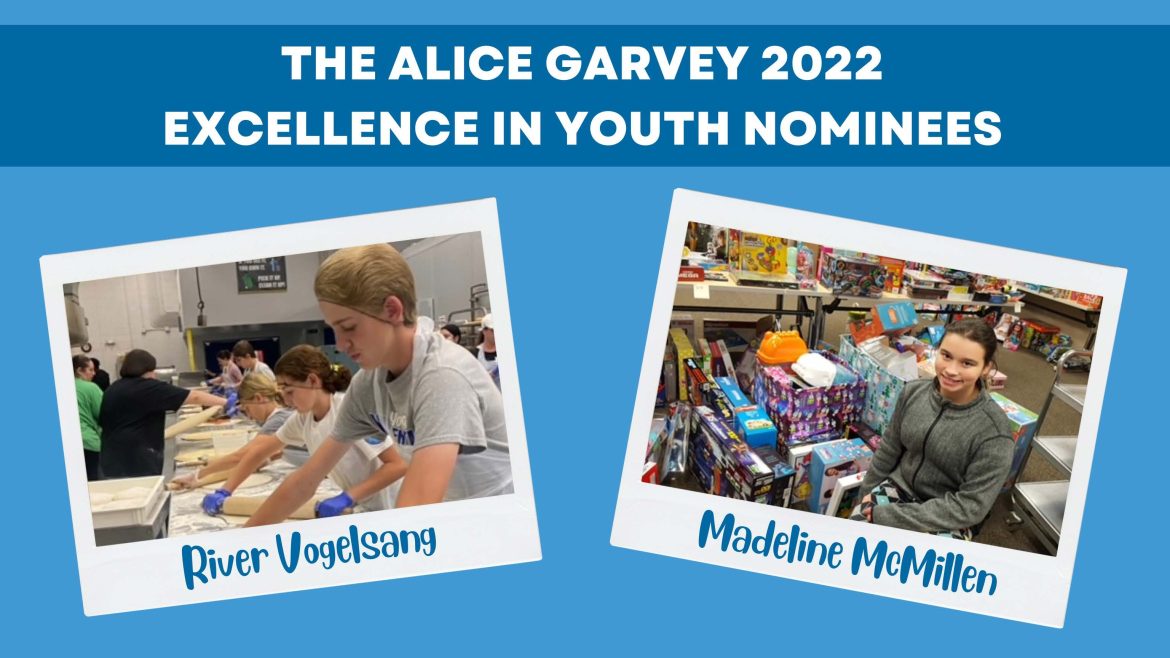 This year, the National Youth Committee hosted a Society-wide search for young people doing amazing work in their community. Vincentians from around the country nominated youth from their Councils for the new Alice Garvey Excellence in Youth Award which will be presented at the National Assembly in Baltimore.

“As a committee, we were blown away by the number of submissions and the incredible projects these youth were doing on behalf of the Society of St. Vincent de Paul,” said John Paul Brissette, National Youth Committee Chairperson. “Each week leading up to the National Assembly, we will be shining the spotlight on the nominees and their stories. Our goal is to encourage and celebrate our youth involvement in SVdP with excerpts directly written by those who nominated them.

This week, we would like to introduce our first two nominees:

River Vogelsang is currently a freshman in high school. He first joined the Mini-Vinnies in fifth grade at his middle school and served as his Conference’s president for two terms. Under his leadership, his Conference doubled in size and expanded service projects and activities. They participated in food serving, ministering to the homeless, food drives, and much more. River was the featured speaker at two Phoenix Diocesan Council board leadership retreats. Last year, River represented his District Council at the National Assembly in Houston. His dedication and commitment to serving the poor has touched the hearts of many long-time Vincentians. Few people his age have so fully and ardently embraced the mission and works of the Society. In the endearing spirit of our youth, he quietly emulates the essential virtues of St. Vincent de Paul. You only need to meet River to know that he is a true Vincentian, and to believe that, because of his efforts, and those of his youthful compatriots likewise infused with Frederic’s zeal, the future of our Society will be in good hands.

Madeline and her mother, Wendy, reached out to the Society when she was just 13. Since age 11, she had been collecting toys at Christmas to provide to non-profits for distribution. In 2018, she chose to collect toys for SVdP. In 2018, she collected 725 toys, but that number has grown each and every year. In 2021, she collected 972 toys, a record number. In the past four years, she’s collected a total of 3,319 toys to give away to 4,513 children in 1,657 families through the SVdP Christmas gift program. Madeline has a helpful heart and shows leadership, dedication and perseverance. She has brought so much joy to families during the Christmas season.

Be sure to see the e-Gazette each week leading up to the National Assembly for more nominee highlights! 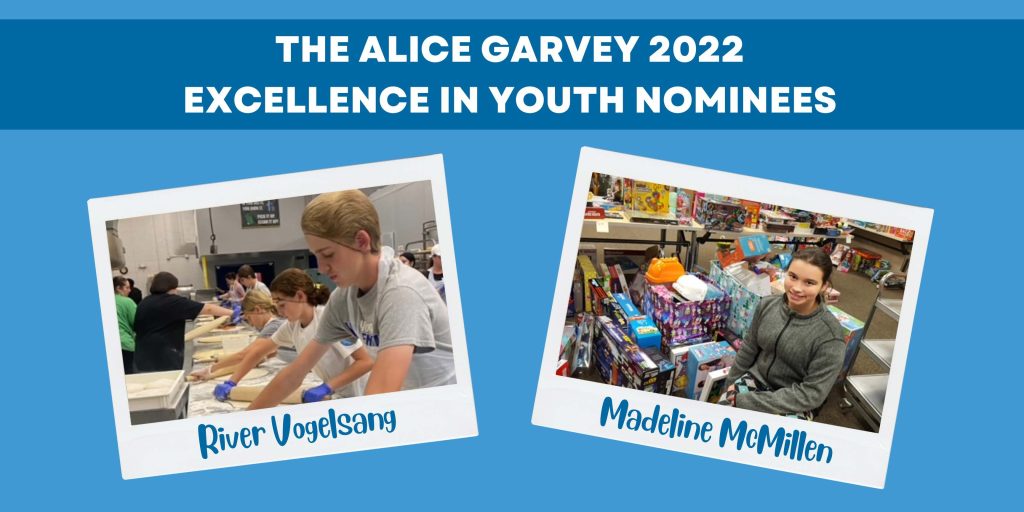