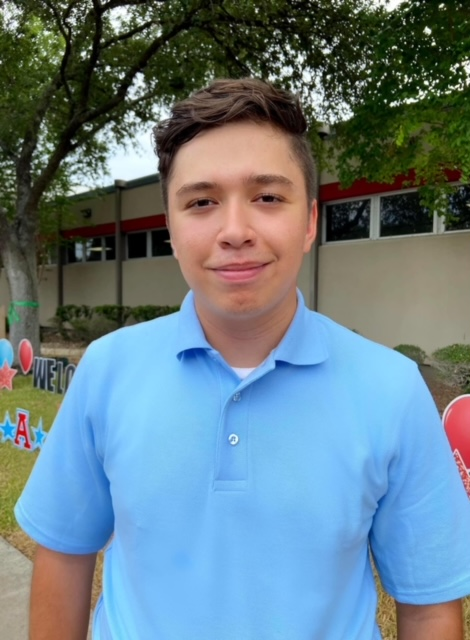 This year, the National Youth Committee hosted a Society-wide search for young people doing amazing work in their community. Vincentians from around the Country nominated youth from their Councils for the new Alice Garvey Excellence in Youth Award which will be presented at the National Assembly in Baltimore.

The committee would now like to spotlight the winners of this prestigious award. “Each and every single one of our nominees we have shared with you over the last few weeks displayed hope for the future of the Society. Youth from all over the country are doing amazing acts of charity on behalf of the Society of St. Vincent de Paul,” said John Paul Brissette, National Youth Committee Member.  “Although they were all deserving of this award, two nominations stood out. The winners of this award showed how they are embodying the Vincentian charism of faith, friendship, and service in their daily lives through the works they do. The Youth Committee is proud to introduce you to the first of our two winners.”

The Youth Committee hopes the stories of each youth spotlighted over the last few weeks has encouraged and motivated you to inspire youth to get involved in your local Diocese.

In the middle of the pandemic (2020), Brandon Patrick Davis, began a campaign called Find Five Friends for the Society of St. Vincent de Paul. When Brandon learned about the Society of St. Vincent de Paul. He was moved by the story of Frédéric Ozanam and how he started SVdP with the help of his friends. In the spirit of Frédéric Ozanam, he felt called to do something. Brandon called five of his friends from different Catholic schools and asked them to join him on a Zoom call to see how they could help people in need. It was during the call that Brandon created the campaign Find Five Friends. The campaign formally launched in June of 2020. This group of Catholic freshmen began asking other Catholic youth in San Antonio to each find five friends that could give $5, 5 cans of food, and recruit 5 more friends to help the SVdP. Brandon felt that even if he and his friends couldn’t be together in person, they could use the power of social media and “going viral” to support people suffering. The campaign is still going today. It has even caught the attention of two local universities and they are planning to meet with Brandon to see if they can bring Find Five Friends to their college campuses.

Brandon’s hope is that Find Five Friends will become a national movement (with the help of the national office) and more young people will learn about the great works of SVdP in their community and in communities across the world. Brandon is now a sophomore at Antonian College Preparatory. He has become the campus spokesperson for SVdP and even presented on the works SVdP. Brandon has also shared the story of Frédéric Ozanam to ten local Catholic elementary, middle, and high schools in an effort to recruit students to serve. It is our Council’s recommendation that Brandon Patrick Davis be considered for the Alice Garvey Excellence in Youth Award. He not only embodies the Vincentian charisms of spirituality, friendship, and service…he is calling others his age to live out these charisms as well. 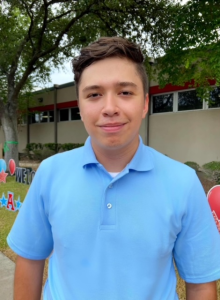