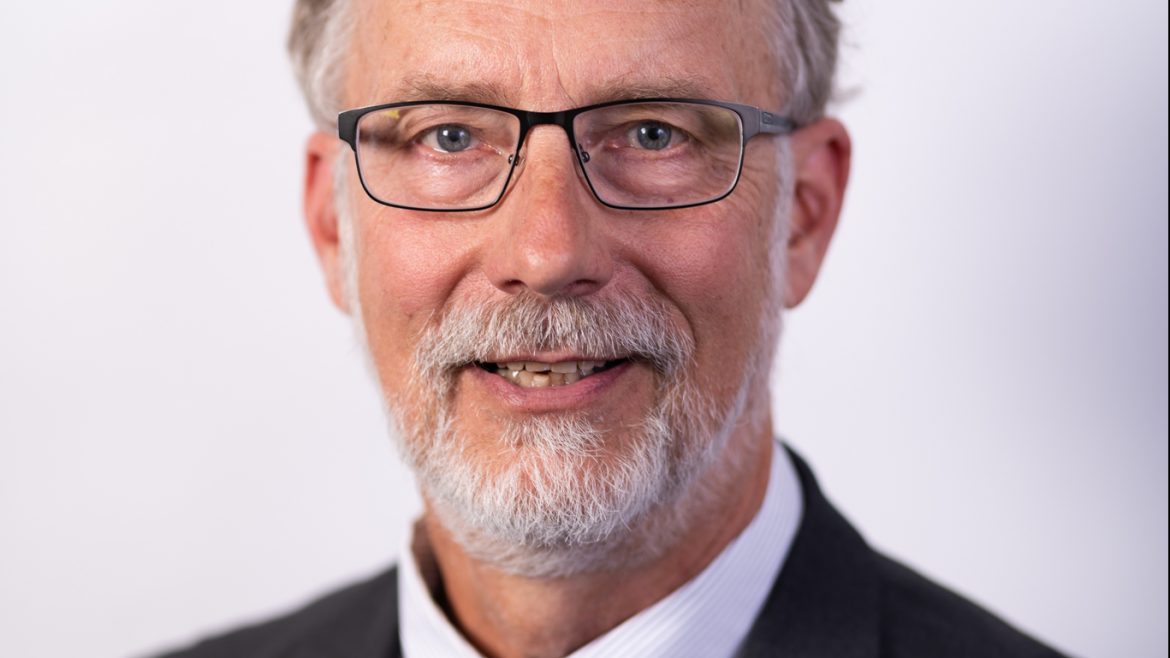 A wonderful Annual Assembly of the National Council of the St. Vincent de Paul Society wrapped up last Saturday evening in Baltimore. I want to warn our members who did not attend that we who were there are returning home with many new ideas and zeal for the renewal of our Society. I hope you catch some of that enthusiasm. I am back home writing this column with the intent of featuring the highlights, and I am having trouble – not because of my aging memory but because there were so many of them.

It was not the National Assembly’s most important moment, but for me the most-moving highlight took place during our Friday-morning retreat. With fervor, nearly 800 Vincentians sang “Here I Am Lord” with musician and composer Dan Schutte. They sang “I will go Lord, if you need me, I will hold your people in my heart,” and there was no doubt they meant it.

A close-second highlight also came in song. At the end of an informative and passion-filled speech by Renato Lima de Oliveira, the President General of the Society’s International Council, he led us in Matt Maher’s powerful song, “I Need You Lord.” A song fervently sung and meant by the overflowing crowd of Vincentians made tangible the bonds of friendship we forge as we journey together toward holiness.

The most-important thing that happened at the Assembly was the choice made during Saturday’s Business Meeting, when your delegates chose the two candidates for whom you will vote in the months ahead to be your next National Council President. After listening to talks by the four candidates, delegates chose John Berry and Brian Burgess to advance as the final nominees. I want to thank all four highly qualified nominees for their willingness to serve. More will be shared with you about the voting process in the weeks ahead.

One of the specific initiatives we kicked off at the Assembly was promotion of a revised version of an evaluation of our organization at all levels. Started back in 2009, this evaluation framework is called our Standards of Excellence. We will be asking every level of our organization to engage in this self-evaluation process to ensure our Councils and Conferences are prepared structurally to meet the challenges we are facing in the years ahead. Please take this process to heart and use it to assess your current activity and structure and then to create the plans that will make us a stronger, better Society.

The talks, workshops, and liturgies at the Assembly were excellent. The workshops, especially, gave us much to take home and work on in the months ahead. At the meeting, we also celebrated our accomplishments and challenged ourselves to meet the needs of the changing world in which we serve our neighbors in need. We featured the 20th anniversary of the highly successful Invitation for Renewal Program. We also recognized the work of our Disaster Services Corporation, which has significantly grown its capacity and credibility since we established it five years ago. Thank you to all the organizers and presenters who made this an exceptionally great meeting.

Music always moves me and enriches my prayer life. That may be why hearing hundreds of voices singing “Here I am Lord” together in Baltimore was so powerful for me. I hope you, too, can say, “Here I Am,” and make that commitment to serve, to be a leader and to grow our organization. It is not easy work we do. Our need for being spiritually grounded in that commitment could not have been more powerfully communicated to us than it was by having our very own President General choose to sing, “Lord, I need You, oh, I need You. Every hour, I need You.”

I left the meeting in Baltimore with a desire to work for this Society with a renewed commitment in this last year of my presidency. That’s a commitment to serve all of you as we grow in holiness and live out our Vincentian mission together. Even though you may not have been with us at the National Assembly, I hope you choose to renew your passion for that mission with me.

P.S. This Friday, September 9, is the Feast of Blessed Frederic Ozanam. Please take time to pray for his canonization, which we hope will occur in the near future. 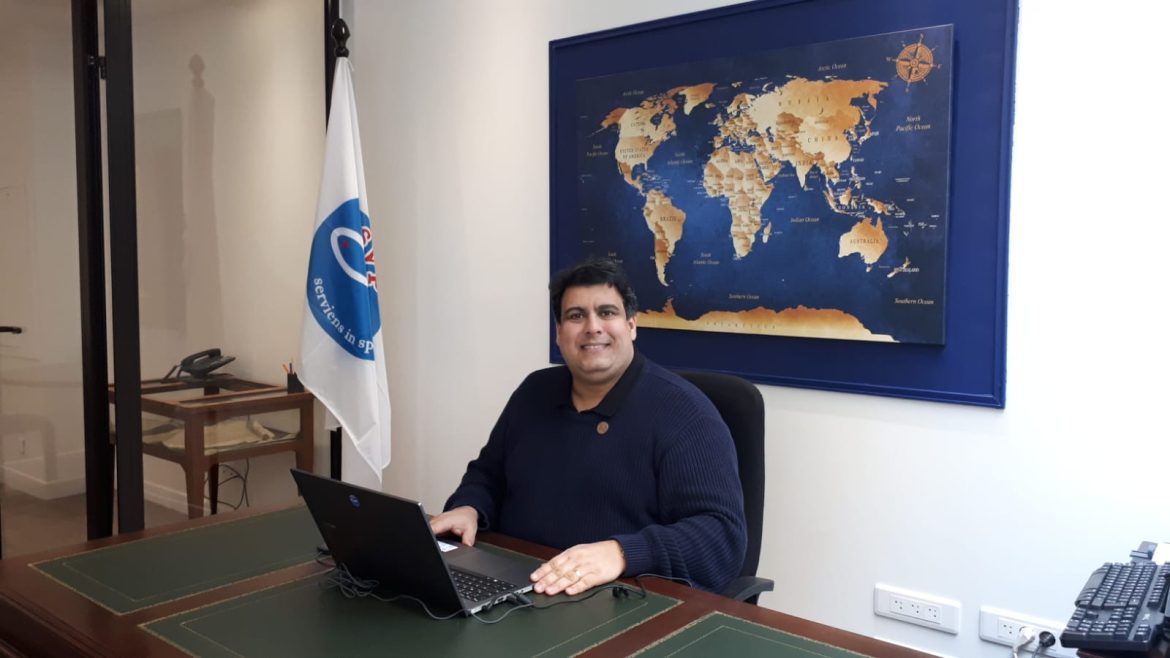 Six years ago, the election for international presidency took place.

As President General of the Society of Saint Vincent de Paul, I lived countless experiences, which I tried to share intensely with the Vincentian community through articles published in the media of the General Council International.

I also sought, through audio messages, lectures and photographs, to share the incredible moments that I have experienced during the missionary and institutional trips that I made around the world, taking a message of unity, charity and service to all corners of our Confederation.

In these almost six years as President General, I keep in my memory countless events and wonderful anecdotes, many of them still unknown to most of the brothers and the sisters. One of them, for example, was the strong emotion I had when I took to Rome the documents of the possible second miracle attributed to Blessed Antoine-Frédéric Ozanam. I traveled in the middle of the pandemic, still without the existence of vaccines, walking through an entirely deserted St. Peter’s Square.

Another unforgettable moment was when I made a home visit to a poor lady in New York (USA), who after the prayers, thanked the presence of the Conference in her life and began to cry because for more than 10 years, according to her, she had not talked to God. In Africa I was able to witness that it is possible to do charity without money by seeking the right partnerships and the most appropriate social projects to lift communities out of poverty. I received special protection from the United Nations as if I were a head of state when I visited an African country in the midst of a civil war. My four meetings with Pope Francis, though brief, were also exciting.

I cannot fail to mention the hand of God at work at the time of the purchase of the new international headquarters, which occurred only six months before the advent of the health crisis, which during the pandemic, would probably not have occurred. Despite everything, we added 3,000 new Conferences in that same period. Another remarkable episode was my visit to China, a nation whose communist political regime limits the existence of entities such as ours. Thanks to the Good Lord, we were able to fulfill an extensive agenda of activities amidst protests for democracy in Hong Kong.

In these six years in office many asked me: how was it possible to visit more than 40 countries? I am a Brazilian civil servant and my time dedicated to international travels was very restricted, occurring only during weekends, major vacations, official holidays or leave from work. This is also something extraordinary that God allowed in my life.

The further I went, the more I was welcomed (St. Luke 4, 21-30). They sang Brazilian songs to me. They tried to speak in Portuguese with me in every country I visited.

I received awards, commendations and medals in honor and glory of the humanitarian work that SSVP develops around the world. They made posters with my picture and wrote beautiful words of welcome that I will never forget. I was received by political leaders in several nations. I don’t deserve any of this, surely not (St. Luke 17, 7-10).

There would be many more stories to tell, but I want to tell a last one that I never reported: on the day of my election in 2016, I received a very beautiful bouquet of flowers, giving it to my dear wife who was accompanying me at that time in Rome. Soon after, we went to a chapel and deposited the bouquet at the feet of Our Lady, and dedicated my mandate to Our Lady of Grace, asking her to take care of me, covering me with her protective mantle, freeing me from the traps of evil, shadows and envy of the world, making me a true instrument of God to lead the SSVP in the best possible way.

For all these stories reported above, I consider myself immensely privileged and blessed by God. The Lord Jesus has accompanied me at all times of my life, both in joyful situations and in difficulties. The Good Lord protects me daily, polishes my imperfections, corrects my mistakes, calms my heart, reduces my anxiety, takes care of my family and makes our life projects prosper. Therefore, please pray for me, so that I can move forward in this noble mission as President General of all of you. 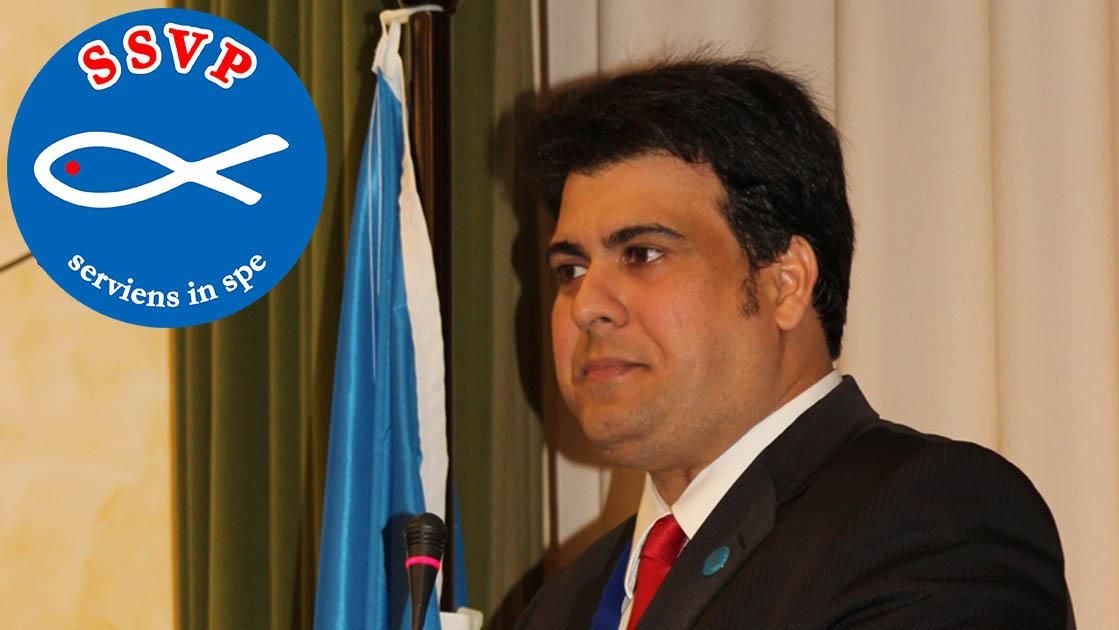 International President General, Renato Lima de Oliveira, loves hearing from members of the International Society of St. Vincent de Paul. Thanks to modern technology and social media, that is possible!

Tomorrow, Saturday, October 30, at 8 AM CENTRAL, Renato will be taking part in a “Talk Show with the President General.” The talk show will be broadcast live on Ozanam TV’s Facebook page. The live broadcast will be in Portuguese, but translations in English, Spanish, and French will be available.

To learn more about this special event, check out this article from our friends at Famvin. 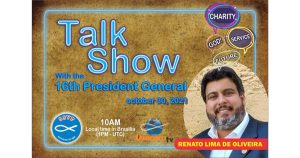