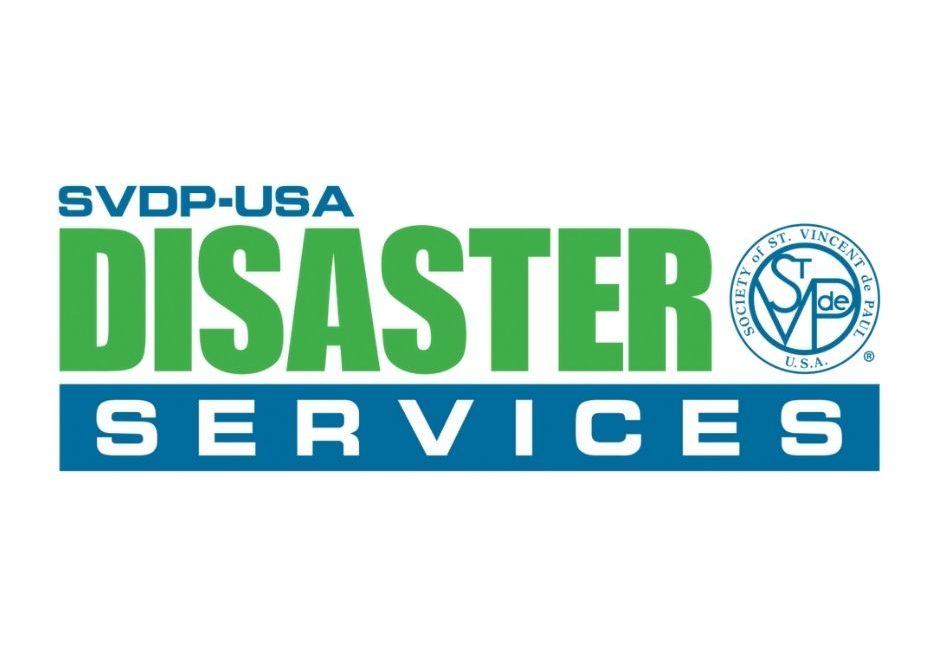 Kentucky experienced a record-breaking flooding event this past year. Heavy rains caused major flood events in Eastern Kentucky, a region that has suffered three floods in less than a 12-month period. There was a total of 49 counties that issued disaster declarations. The storm event produced 4-7 inches of rain across a wide stretch of the state that pushed the rivers to levels not witnessed in decades. The Red River overflowed from its banks and rose past 8.5 feet above the flood stage. The Kentucky river also overflowed over 11.5 feet above the flood stage. Fire and safety crews rescued hundreds of families across the hardest hit counties.

Residents say the flooding overwhelming their communities was the worst in almost 40 years. Many people were completely washed out of their homes and have not been able to return due to the damage caused by the flooding. A large percentage of the survivors are not physically able to do the labor needed to help them return to a safe and secure home. Some struggle to afford building supplies for the immense number of repairs.

But, Kentuckians are resilient. Disaster response and emergency management are not only the responsibility of government but also of every community. One organization in particular that has answered the call for action is the Disaster Service Corp Society of St. Vincent De Paul USA (DSC SVDP-USA). The DSC SVDP-USA is the perfect example of private sector leadership serving and leveraging the power of Americanism and faith to approach communities impacted by disaster with compassion and competence. The Disaster Services Corporation (DSC) is a Catholic lay organization that helps people in situational poverty as a result of natural and man-made disasters get their lives back in order.

DSC is supporting local, state, and federal agency responses to recent flood events in the state and determined the best way to aid local efforts is to focus on immediate and emergent needs. Disaster Services Corporation is meeting those needs by working with survivors to apply for FEMA and State Disaster benefits and will have other resources available. One essential deployment team will be gathering in the state from Michigan, Ohio, and Indiana. They will be operating in partnership with Catholic Charities, the Diocese of Lexington, and the Kentucky Voluntary Organizations Active in Disaster (KYVOAD).

Disaster survivors will need to bring an ID and can be assisted if they have suffered losses in one of the disaster-impacted counties.

Locations, Dates, and Hours of Operation

“Our Parish Recovery Assistance Centers will be providing person to person services, utilizing COVID-19 safety protocols, for Kentucky homeowners and renters who sustained losses from the severe storms, flooding, landslides, and mudslides from Feb. 27 through March 14, 2021 in several counties in Southeastern Kentucky. Disaster Services Corp, Society of St. Vincent de Paul assists families in long term recovery by helping them navigate state and federal benefits, referrals and disaster resources. We are grateful for the support of the Catholic Diocese of Lexington, KY, Catholic Charities of the Diocese of Lexington and Kentucky VOAD for collaborating with us on the P-RACs,” said Elizabeth Disco-Shearer, CEO DSC SVDP-USA.

The Disaster Services Corp., SVDP-USA is fueled by Vincentians from around the country, however we also rely on the kindness and giving from monetary donations. To support our efforts please visit our donations page and help us grow our impact in those communities most vulnerable. Our donation page can be found here: http://bit.ly/2Ml1lO4.

About the Society of St. Vincent de Paul

One of the largest charitable organizations in the world, the Society of St. Vincent de Paul (www.svdpusa.org) is an international, nonprofit, Catholic lay organization of about 800,000 men and women who voluntarily join together to grow spiritually by offering person-to-person service to the needy and suffering in 150 countries on five continents.

With the U.S. headquarters in St. Louis, Mo., membership in the United States totals nearly 100,000 in nearly 4,500 communities. SVdP offers a variety of programs and services, including home visits, housing assistance, disaster relief, education and mentoring, food pantries, dining halls, clothing, assistance with transportation, prescription medication, and rent and utility assistance. The Society also works to provide care for the sick, the incarcerated and the elderly. Over the past year, SVdP provided nearly $1.2 billion in tangible and in-kind services to those in need, made more than 2 million personal visits (homes, hospitals, prisons and eldercare facilities) and helped more than 5.2 million people regardless of race, religion or national origin.

The Society of St Vincent de Paul Disaster Services is a founding member of the National Voluntary Organizations Active in Disaster and its Disaster Services Corporation provides relief and recovery to disaster survivors across the United States and American Territories. 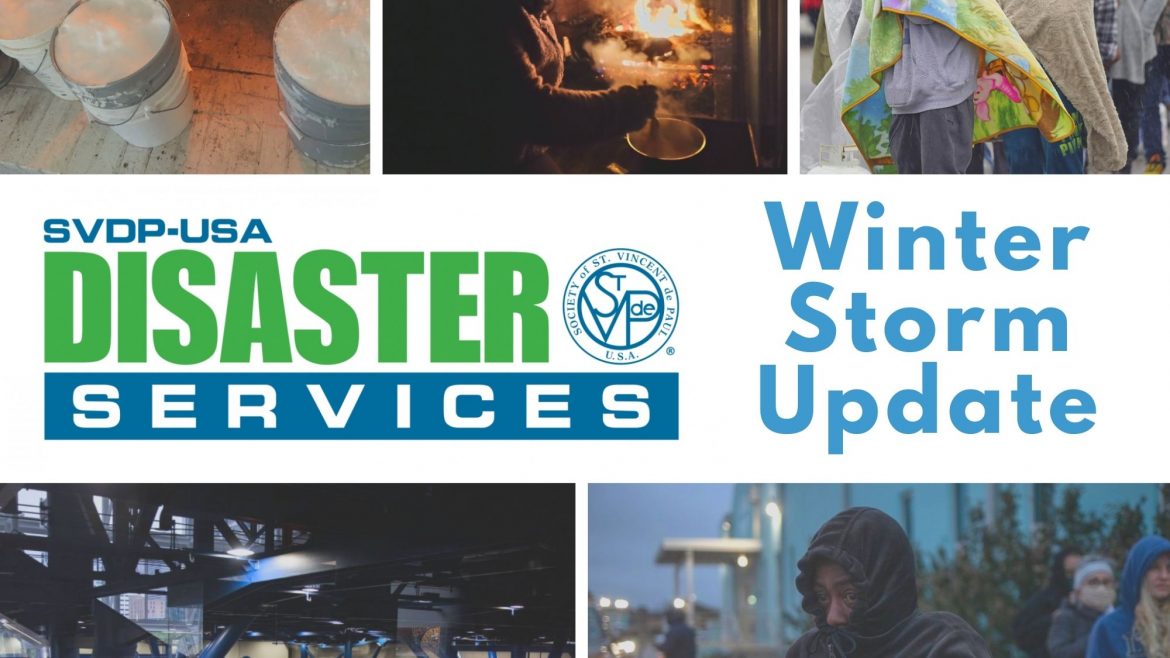 The Disaster Services Corporation, St Vincent de Paul USA (DSC, SVdP-USA) is providing support to Councils and Conferences in the areas impacted by Winter Storms Uri and Viola. DSC is working closely with the State of Texas and Texas Voluntary Organizations Active in Disaster (VOAD). Additionally, we are working in coordination with the National SVdP Office to provide Rapid Response Grants to cover the costs of rent, food, pipe repairs, hotel stays, etc. Lastly, DSC, SVdP-USA is also monitoring and supporting Vincentians in Oklahoma and Louisiana. Our thoughts and prayers are with all the families without water and power.

To help support the work of DSC in this winter storm season, visit Disaster Services Corp., St Vincent de Paul-USA  and choose “Where It Is Needed Most.”

Here’s What You Need to Know

Recap From the News

The winter storms and colder weather may persist in the Great Plains and Mississippi Valley through midweek, and a new winter storm is expected to sweep across the South and East over the next two days. More than 100 million Americans are under some type of winter weather warning.

As Texas struggles to restore power to millions of residents affected by the brutal winter weather, officials are now scrambling to provide clean water as well. Cities and counties across the state, including Houston, San Antonio, and Austin, have issued boil water notices stemming from concerns about contamination and low water pressure as frigid temperatures freeze pipes, leaving some households with little to no running water.

As of Wednesday, nearly seven million Texans were under a boil water advisory, and about 263,000 people were affected by nonfunctioning water providers, Toby Baker, executive director of the Texas Commission on Environmental Quality said at a news conference. During a news conference on Wednesday, W. Nim Kidd, chief of the Texas Division of Emergency Management, said facilities were reporting broken water mains, lack of running water, oxygen shortages and other problems.

Texas wasn’t the only state contending with power issues. Other states where outages numbered in the tens of thousands included Louisiana, Mississippi, West Virginia, Kentucky, Virginia, Ohio and Oregon, according to poweroutage.us, a utility tracking site.

While some facilities can provide heat during the blackouts, others are relying completely on generators and cannot provide any heat. With another storm on its way to Texas, temperatures are expected to remain below freezing until Saturday.

Winter’s brutal assault continued Wednesday night as another snowstorm roared its way across the nation through the end of the week, hitting areas where millions were already without electricity in record-breaking cold.

More than 100 million Americans are in the path of the storm as it tracks from the southern Plains to the East Coast over the next few days, the National Weather Service said. But the nation’s heartland will get some relief over the weekend, the weather service reported, as the frigid air will begin to moderate over the next couple days.

But first, much of Texas and the Southeast will have to endure heavy snowfall and “ice accumulations of a light glaze to a few hundredths of an inch” through Thursday. Heavy snow is forecast to move work its way as far north as southern New England on Thursday.

The next winter storm will bring more snow and ice and “just a real mess” to many areas of the country, including the South, Midwest and Northeast, AccuWeather meteorologist Bernie Rayno said. As the storm advances to the northeast through Friday, snow is forecast to fall along a 2,000-mile-long swath from northwestern and north-central Texas to northern Maine, AccuWeather said. Freezing rain and sleet will occur to the south and east of the snow zone, extending from central Texas to southeastern New York state.

Ice accumulations of a quarter to as much as three-quarters of an inch are forecast in some areas. “In the areas that contend with these devastating ice accumulations, residents can expect dangerous travel conditions, numerous power outages and extensive tree damage,” the weather service said.

Donate to support Disaster Services Corp., St Vincent de Paul-USA  and choose “Where It Is Needed Most.”